I’ve published this post before, but I believe it’s worth an encore.  Warning: it’s a bit gross.

Norwegians have a word for the week between Christmas and New Year’s: romjula. The closest we have in English is the word Taint, meaning it ‘taint Christmas any more, but it ‘taint New Year’s either. I’m indebted to Rex Smith’s essay in the Times Union several years ago for this information, which inspired me to undertake some further research about this interlude in the darkest days of winter. I’m especially interested because of my Scandinavian heritage—I’m ¾ Norwegian and ¼ Swedish.

I decided to write a poem about my findings. My research uncovered another meaning for “The Taint,” a meaning not fit to print in a family newspaper. In the version below, I’m highlighting the dirty bits in magenta, so you can skip over them if you’re squeamish.

The Christmas Goat and the Taint

The Taint—that’s what the Brits call this week that’s neither here nor there.

To wallowing in the doldrums, swallowed up in food and booze.

Some call it the Witching Week, claim you’ve got a free pass to excess

And nothing counts against you during The Taint.

That goes for calories too, so scarf down all those goodies.

No fair weighing yourself till New Year’s morning.

Assuming you can see down past your bloated belly,

The digital red numbers will inform you of the penalty for all that gluttony.

Ding dong, the season of the witch is dead and gone,

But you’ll be paying the price in pounds for months to come.

But speaking of butts, The Taint has another meaning:

The place between the vulva and the anus, that narrow swath of skin

Also called the perineum, that keeps the delicate lady parts

From filthy nether regions. Also the area between the scrotum and the asshole

That keeps a man from shitting on his nuts.

This definition dates from the Renaissance, probably precedes

Norwegians have less judgmental terms for the perineal lull

From the Norse, means “That does not need to be kept strictly sacred.”

In other words, no guilt trips. Nearer the North Pole,

They cut themselves some slack, feast on foods like krumkake and nuts,

Smash and devour the gingerbread houses

So carefully built for Christmas. They cozy up at home with family,

Was once a goat, slaughtered and devoured to celebrate fertility

And ensure good fortune in the coming year.

Tanngrisner and Tanngnjost by name, they made a fearsome racket

At the multiplex, crown him the sexiest man in the world

As decreed by People magazine, though Chris Hemsworth’s actually Australian.

And stashed his enormous hammer out of sight.

In Norway, long before Santa Claus, the fearsome Christmas goat

The goat is virile, beastly, a satyr, in league with witches or the devil,

A symbol of sexuality. All in all, a hell of a lot more fun and energetic

Than the amorphous, foggy phantom called The Taint

That blankets Merry England in the depths of winter.

I call myself Norse Crone, proud to be Norwegian. 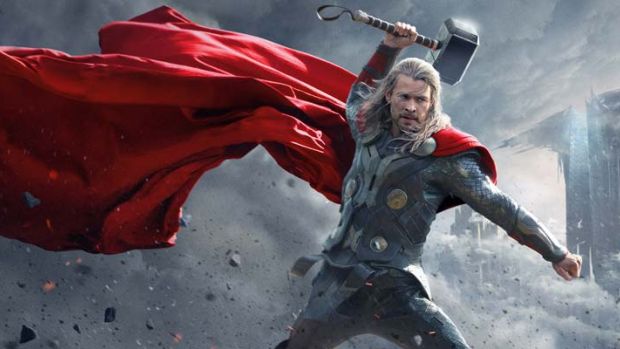 I’d love your feedback. Please let me know how you feel about the “naughty bits” in the poem. Are they a total turn-off? Too tastelessly over the top? Your comments may help me decide how outrageous my writing can be.

Enjoy what’s left of the Taint, and please subscribe by filling out the form in the right column so you won’t miss any news. Happy New Year!