I published this tribute to David Bowie on January 19, 2016. Now, on the first anniversary of his death on January 10, I feel it’s appropriate to print it again. Now more than ever, we need his otherworldly vision for our planet and for America in particular.

The morning after he died, when I cranked up my car after leaving my Nia class at the YMCA, the radio was tuned to WEXT, the alternative rock station. They were playing “Rebel Rebel,” and I happily sang along. When the announcer KTG came on, she talked about how she’d loved Bowie’s music as a young child, and how her mother played it to help her learn to dance.  “I wish I could play his music all day,” she said in her typically pert, cheery voice. Then she said “We’ve lost a brilliant, innovative artist.”

Lost? The word sounded ominous. I drove straight home, booted up my computer and brought up the Drudge Report. A photo of David in his Aladdin Sane makeup topped the page, with the stark black headline BOWIE DEAD. He had died Sunday, January 10th, after an 18-month struggle with cancer, which he’d concealed from all but his closest family and friends. He’d turned 69 only two days before, and had released his new album Black Star the same day. In December, his new musical Lazarus opened off-Broadway. Both the album and the musical garnered rave reviews.

I was eerily reminded of the morning I learned of John Lennon’s death in 1980. I pulled out of my driveway in New Paltz, headed to work at Hudson River Psychiatric Center, and heard John’s music on Woodstock’s alternative rock station, WDST. They played one cut, then another, and I sang along, but then the announcer came on to announce John had been murdered the night before. I’ll always remember exactly where I was when I heard the news, just as I’ll remember where I was when I learned of the assassinations of JFK and RFK, and I’m sure the news of Bowie’s death will imbed itself in my brain along with the memories of those other fallen heroes.

But Bowie’s death was different. Tragic, yes, but he’d given us nearly five decades of brilliantly innovative music. His 25th studio album, Blackstar, was released on his birthday, just two days before he died, along with two videos. The jazz musicians he recorded with had no idea he was terminally ill, according to his long-time producer Tony Visconti, who was one of the few he confided in. Last night I watched the videos for “Black Star” and “Lazarus.” They were both fantastically imaginative but deeply disquieting. “Lazarus” is a brilliant piece of performance art, where he repeatedly rises from his hospital bed and moves his body spasmodically, like an avant garde dancer.

After that I segued into videos from his Ziggy Stardust period, and the memories came flooding back. I was at Radio City Music Hall on Valentine’s Day, 1973, when he performed as Ziggy, and I made it down the aisle and snapped photos with my Pentax. Available light, no flash, black and white, and when I developed them in the photography studio down the street from my Prince Street loft, they were fuzzy but good enough to use as source material for the paintings inside the geodesic dome I showed that spring in the Erotic Garden exhibit that featured a dozen feminist artists. 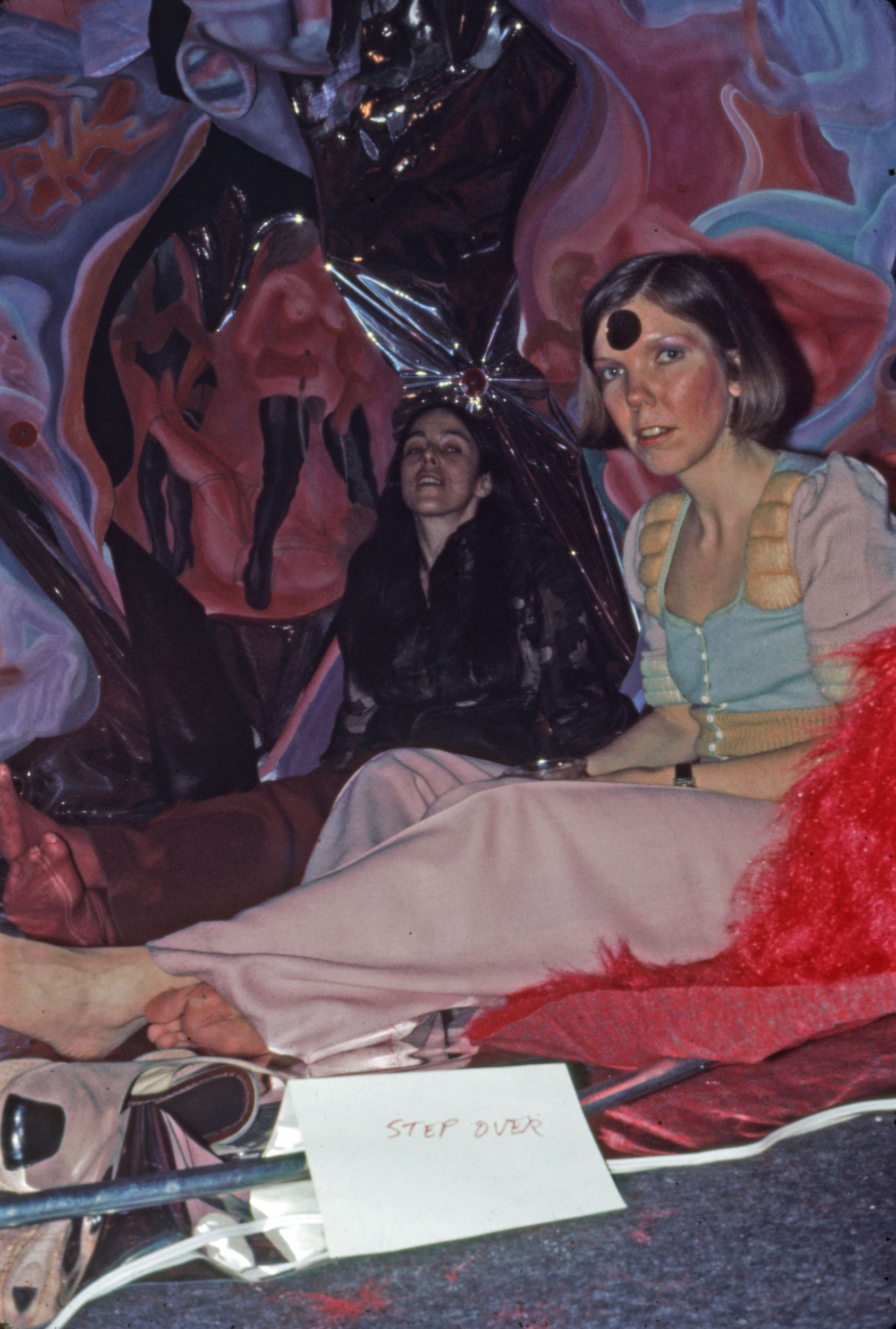 I phoned Mainman, Bowie’s management company, to invite them—and hopefully David himself—to the show, and a couple of them actually came, including Cherry Vanilla, who casually bragged “I’ve had him.” They loved my Womb Dome and said they’d encourage him to come see it. Maybe he actually did—I never knew.

A month later, we were living together, both ready to leave the wild lifestyle of the early 70’s behind. But it’s highly likely our daughter was conceived in that dome, under my paintings of David Bowie as Ziggy Stardust and Iggy Pop crouching in broken glass, singing “I want to be your dog.” Perhaps that’s one reason she and my granddaughters are such avid fans of the Starman. Another is the final time I heard David Bowie live, in 1997, when I brought Stacey, then 21, to the GQ awards, where he did an entire set following the presentations. The venue once again was Radio City Music Hall.

Stacey said it best in a recent Facebook exchange: David Bowie has had a transformational impact on three generations of Lomoe women. Long may his legacy live.