I vowed that after the election, I’d stop writing about politics, but I’m afraid that’s a promise I’ll inevitably break. Last week I wrote this poem to read at the open mic at New World Home Cooking in Saugerties. The reading featured Therese Broderick and Alifair Skebe, both reading from their excellent new books, which I bought, since I believe authors should support other authors whenever possible. I recommend them both.

If you’d like to hear me read this in person, come to Poets Speak Loud at McGeary’s next Monday night. My husband, Robb Smith, will be the feature.

The many open mics in our region provide a wonderful incentive to write new work, then come out and read it for a live audience and the instant gratification that comes from applause.

We’re on the verge of Armaggedon.

America’s on the edge ever since

Wisconsin tripped the scales to Trump in the electoral college

And plunged the country into red high-stakes alert.

Eggheads in the blue states are aghast.

Despite their computer-driven polls, their smug predictions,

They didn’t foresee this tsunami exploding

Out of the fly-over states and rustbelt cities

Me, I’m not surprised. I’m a Wisconsin cheesehead, after all,

Born in the state that spawned Joe McCarthy

Sheltering beneath wooden desks with inkwells

From mushroom clouds we watched in public service movies.

Fifteen days of panic. Sure we’d be blown to smithereens,

I begged my boyfriend to marry me, STAT. Day by day

We huddled by the tiny black and white TV,

Waiting for news of our annihilation. Already lovers,

We didn’t need to put a ring on it to make it real,

Before the Beatles ushered in the Swinging Sixties.

Meanwhile in Flushing Meadows out in Queens, 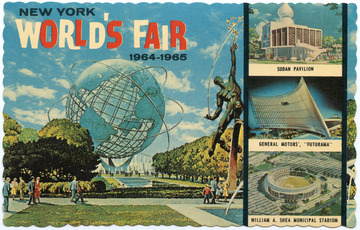 Robert Moses and his millionaire buddies

Crazy to plan ahead, I thought. The human race would be exterminated

Before the fair could open. And if by some miracle we survived,

Yet here I am at seventy-five. The human race has muddled through.

With any luck I’ll die of natural causes in a decade, two at most.

I won’t be here to witness the mass extinction

Brought on by human greed and folly.

Plagues, drought, floods, famines, and the battles that they’ll bring—

So many ways to trigger our destruction,

It boggles the mind, outstrips the imagination,

Puts the four horsemen of the Apocalypse to shame.

And so we meander on, blinded by our denial, 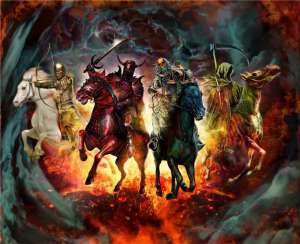 Until the media vomits up a demon.

Skin and hair of flaming orange,

Sprung from the towers of Mammon in Manhattan

To spew his venom and seduce

The denizens of the red-state heartlands into thinking

He actually gives a shit for their survival.

Everywhere I turn, everything I hear or read,

Look out! The sky is falling!

Disaster lurks at every turn inside the Beltway

Where all those monstrous politicians

Wallow in the swamp, gnashing their alligator teeth

And chomping down on liberals.

The true blue states on both our coasts

Will fall into the oceans

Drowning those who dare to fight it.

But me, I’m much too old to panic.

Somehow we made it through the age of nuclear terror

And lived to tell the tale to those who care to listen.

I hope and pray our country will survive

The bloody red onslaught of the coming years,

And come out even stronger in the end.

I may wield my words in the coming struggle,

But our children and their children will have to bear

The burden of the battle.

As for me, as Phil Ochs sang before he killed himself, 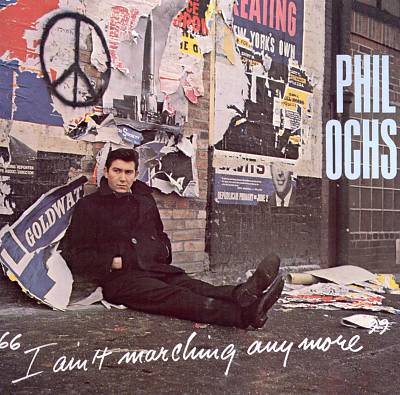